Rents are rising at the fastest rate on record and now outpace house price increases in most areas of the country, new data has revealed. It is the latest evidence of challenges people face trying to find somewhere to live.

High demand among tenants and low supply of good rental homes means there is fierce competition in this part of the property market. Rightmove have said that rents had outpaced house price increases in all but three regions in Britain.

It looked at asking rents on its website across Britain and found that they rose 9.9% to reach £1,068 a month on average outside of London. It is the highest annual jump on record and highlights the recovery in rental growth following a slowdown in the months immediately after the pandemic started.

High demand among tenants and a low supply of rental properties has led to rents outpacing house price increases, Rightmove said in its quarterly report.

The only regions where rental growth has not outstripped the rise in house prices are the East Midlands, the South West and the South East. However, the South West is still included in the areas with the biggest rises in rental values, up 11%. There is also Wales, up 12.7%, and the North West, up 12.5% and the North East up as high as 10.9%. The data compared the last three months of last year with the same period a year earlier.

London saw record annual growth of 10.9%, with asking rents in the capital standing 3% higher than before the start of the pandemic. It is the first time they have risen beyond pre-pandemic levels. At the end of 2020, London recorded a near-record 6.4% drop in average asking rents as demand shifted away from the capital during another lockdown. Tenants looked for more space outside of cities, particularly away from flats, while landlords offered tenants willing to stay cut-price rents. By the end of 2021, London rents were higher than before the pandemic started, as its popularity returned and landlords were able to negotiate higher rents for the new year.

The imbalance between high tenant demand and low rental stock has also led to competition between tenants for rental homes nearly doubling, up 94% compared to the same period last year. Total rental demand is up 32% compared to this time last year, while the number of available rental properties is 51% lower.

It led to available rental properties being snapped up by tenants, in just 17 days on average.

However, Rightmove went on to say that the number of available rental properties is 7% higher than the same period in December, a sign of availability improving at the start of the year.

Flats have seen the highest increase in competition compared to last year, up 132%, followed by terraced houses, up 40%, and semi-detached homes, up 30%. Rightmove also revealed that the average rental yield across Britain is 5.5%, which is the highest level since 2016 when it was 5.6%.

Tim Bannister, from Rightmove, said: ‘Tenant demand continues to be really high entering the new year, meaning the imbalance between supply and demand is set to continue until more choice comes onto the market for tenants, which has led to our prediction of a further 5 per cent increase in average asking rents in 2022. Landlords understand the importance of having a good, long-term tenant, and there is a limit to what renters can afford to pay, which will prevent rents rising at the same rate we’ve seen over the past year.’

Request a Free ValuationRequest a Callback

Are you looking to sell/rent your property?

Or do you simply require more information?

Get in touch today

Send us your number and we’ll give you a ring back as soon as we can. 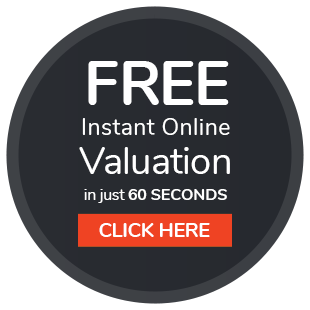 During the tenancy (payable to Bowson if managed or landlord)
Tenancy agreement change: £50 inc vat
Late payment of rent: Interest charged at 3% above bank of England base rate for each day that the rent payment is outstanding over 14 days
Loss of keys/security devices: £15.00 +key cutting cost/ security device replacement.
Early termination of the tenancy: Payment of any unpaid rent up to the tenancy end date and a proportion of the Landlords tenant find fee (calculated by dividing the landlord tenant find fee by the number of months in the tenancy x the number of months left in the tenancy).

During the tenancy (payable to the provider) if permitted and applicable
Utilities – gas, electricity, water
Communications – telephone and broadband
Installation of cable/satellite
Subscription to cable/satellite supplier
Television licence
Council Tax

Tenant protection
Bowson is a member of safeagent, which is a client money protection scheme, and also a member of The Property Ombudsman, which is a redress scheme. You can find out more details by contacting us directly.